About the Pentax K20d

The Pentax K20D and its clone, the Samsung GX-20, are 14.6 megapixel digital single-lens reflex cameras manufactured by Pentax that were announced on January 23, 2008. The K20D was available in the U.S. market from February 2008 through autumn 2009.The K20D and GX-20 bodies were developed by Pentax, while the CMOS sensor was manufactured by Samsung - a result of a partnership begun in 2005. Although both cameras share similar hardware, each camera has its own design, firmware, and image processing algorithms. The K20D is the first Pentax DSLR with a CMOS image sensor co-developed by Pentax and Samsung. Samsung's expertise in sensor design is seen as a major benefit to Pentax, which did not release its first DSLR until 2003, when most other camera manufacturers had already established themselves in the growing digital SLR market.
At the time of their release, the K20D and GX-20 had the highest resolution sensor in the APS-C image sensor format at 14.6 megapixels. In 2009, Pentax announced the K-7, the successor to the K20D, with a modified CMOS sensor, smaller design, and many new features including HD video recording.
The latest firmware release, version 1.04, was made available in April 2010. It solved issues with certain SDHC memory cards. The previous firmware update, version 1.03, was made available in April 2009 and improved Shake Reduction (SR) accuracy as well as autofocus performance in some conditions. Users can download firmware updates from the Pentax website.
Purchase a Pentax K20d


The text above came from the PENTAX K20D article on Wikipedia, licensed under the CC-BY-SA license.
YourPortfolio are in no way affiliated or endorsed by anyone associated with this topic.


Images taken by the Pentax K20d 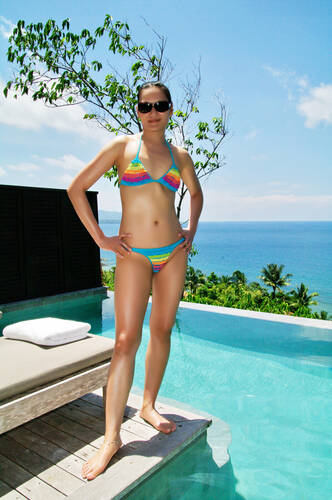